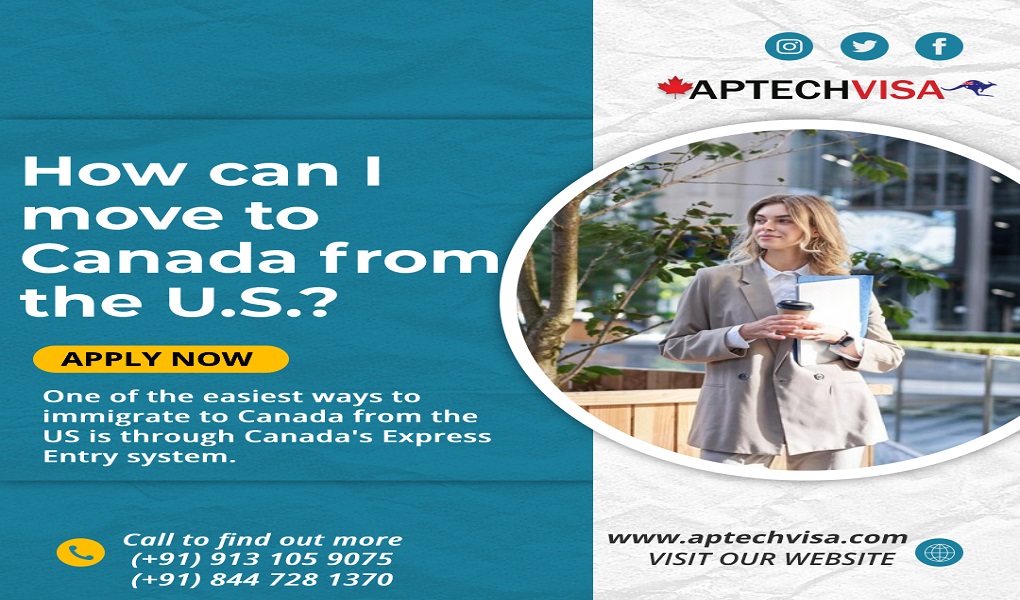 How can I move to Canada from the U.S.

Here is a list of U.S. citizens' options for immigration to Canada, covering everything from work permits and family-class sponsorship to temporary and Canada permanent residence. If you're a citizen of the United States and want to move to Canada, you have a number of possibilities.

The course of action you take will rely on your unique situation and objectives.

U.S. citizens must achieve particular requirements that are in line with the program they apply for in order to move to Canada.

The most qualified applicants in the pool are given an Invitation to Apply (ITA), which is necessary to submit an application for permanent residence in Canada through Express Entry.

✅ Migrate to Canada through Express Entry and Calculate Your CRS Points

The Comprehensive Ranking System (CRS), used by Express Entry to score and rank applicants in all three of the aforementioned programs (the CEC, FSWP, and FSTP), is the foundation for the ITA distribution procedure. The highest-scoring Express Entry applicants will receive ITAs, which they can use to apply for Canadian permanent residency, based on a cut-off score that is adjusted before each biweekly Express Entry draw.

Quebec and Nunavut are the only two provinces and territories without a Provincial Nominee Program in Canada, which enables each province to "hand-pick" immigration candidates that it believes, will help it solve regional labour market needs.

Programs with enhanced eligibility draw from the Express Entry pool. A candidate's CRS score for Express Entry will increase by 600 points if they receive a provincial nomination through one of these PNPs. In a subsequent Express Entry draw, this will practically ensure that any PNP recipient would get an ITA.

For those who are ineligible for Express Entry, base PNPs are an option. You ought to apply to a province and upon your qualification, you will be awarded a nomination and you will be able to immigrate to Canada through a base PNP. Once you have your certificate, you can contact the federal government to apply for permanent residency in Canada.

✅ Provincial Nominee Program your easiest gateway to Immigrate to Canada

If they are eligible in terms of health and criminality, Canada's permanent residents and citizens can sponsor their spouses, common-law partners, kids, parents, and grandparents. Canadians may also sponsor other relatives (siblings, aunts, and uncles) under certain conditions.

If they meet the eligibility requirements, which include being 18 years of age or older and being in an ongoing, genuine relationship with a Canadian who can financially support them and any children they may have, spouses and common-law partners living in the United States may be brought to Canada by their partners. A Spousal Open Work Permit may also be available to the American resident who is the relationship's common-law partner during the spousal/common-law partner sponsorship decision-making process.

A study permit must be obtained in order to study in Canada for Americans residing abroad. This can be done after getting an admission letter from a Canadian Designated Learning Institution (DLI).

U.S. citizens who wish to immigrate to Canada under specific programs must complete an educational program offered by a Canadian DLI, which in many circumstances also makes them eligible for a Post-Graduate Work Permit (PGWP). A PGWP entitles the holder to employment in Canada for a maximum of three years.

Various immigration possibilities are still open to those who have finished their school and only want to immigrate to Canada for employment, especially if they are U.S. citizens. This combination of work and study experience in Canada will open many immigration avenues for present U.S. residents.

💡 Best way to Plan your Study Visa for Canada