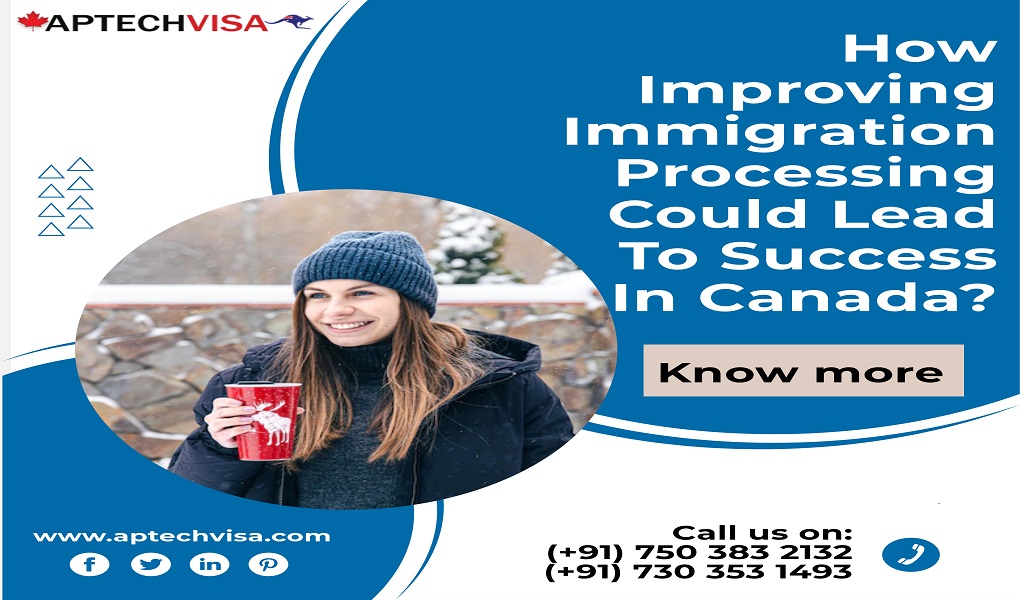 The news that Sean Fraser, Canada's Minister of Immigration, recently made was startling. He predicted that by 2025, Canada will accept 500,000 new applicants for Canada permanent residence annually. The necessity for employees, the need to sponsor foreign relatives, and the desire to assist refugees all greeted this as excellent news. However, a closer examination of the news and what it contains reveals that it may not be as spectacular as it initially seemed.

There are now 1 million unfilled job opportunities in Canada. For instance, the state of Nova Scotia recently revealed that there are 8000 job opportunities for restaurant workers in the province alone and that there is a 30% labour shortage in that sector. There are about 2.6 million pending Canada immigration applications, of which 60% are being processed past the federal government's specified deadlines. Although processing continues, it is far from what people interested in Canada immigration cases hope for. In 2020, for instance, the federal goal was to sponsor 340,000 immigrants, but only 185,000 visas were granted. We now arrive at the truth we must discuss.

While it is showy to set aggressive goals and provide assurances that new Canadian immigrant targets will help fix many of a nation's flaws, it is in the best interest of leaders to be transparent with the people they serve and to confront the problems the public faces. Reviewing the federal government's earlier targets reveals that, in the case of the 500,000 announcements, this declaration actually only adds 50,000 extra anticipated places to what was previously stated as a goal for 2024. In other words, the addition of 50,000 for 2025 is not as remarkable as the federal government earlier announced it would open up 450,000 spaces for new immigrants in 2024. However, that is not even the main topic under debate.

The Secret Is Processing

Processing is the main problem. For all governments dealing with immigration issues, processing has been, is, and always will be the main problem. Canada Immigration Process is where all the annoyance accumulates and where people's lives are placed on hold while they wait for immigration files to progress slowly. In the case of the Canadian announcement, the issue is that if 50,000 additional immigrants are added to the 450,000 who are already scheduled to immigrate, but no significant increase is made to add resources for processing those applicants, this will only lead to more annoyance, cynicism, and backlogs. But simply pouring more money into the issue won't work either.

Yes, additional resources are required, but a shift in philosophy is far more crucial.

Processing must be taken seriously by a person with leadership qualities. By taking things seriously, we mean that rather than making great pronouncements, someone needs to dedicate their time to the tedious details of finishing the work and doing it correctly. Although it may not be particularly interesting or popular with the general population, that is exactly what the government should be doing.

Canada could take the following actions to enhance processing:

1. Encourage public servants to adopt a more pragmatic "content over form" approach. Call the applicant for a missing detail rather than returning the full application, to give just one example. Why not adopt a one-touch philosophy, according to which it is the responsibility of the official who receives the file to work on it until it is finished? Do not evaluate the same file twice because of missing components.

2. Implement a one-file-number-only system for each client to prevent confusion and double filing. Why keep track of a file with so many file numbers?

3. For mailing, couriers, and in-person visits, use one unambiguous address for all immigration processing offices, including overseas consulates and visa application centres. Please reveal these addresses. Receiving a letter of denial from a company that does not provide a return address, phone number, or email address is extremely annoying.

4. Instead of the current practice of returning all incomplete submissions, implement a system of "requests for further proof" similar to those in use in the United States.

5. When the use of a representative form has been submitted, respect the right to counsel. Honour counsel by including them in contact with clients, even in situations where the legal right to counsel is unavailable.

6. Introduce an easy administrative appeal process so that clients who have been denied immigration to Canada benefit can have their cases rapidly examined by a superior within a short time limit to fix errors or difficulties, similar to the "request to reopen or reconsider" utilized in the United States.

7. To prevent delays brought on by the use of outdated forms, give advance notification of any changes to the forms to be used in Canada Immigration Process.