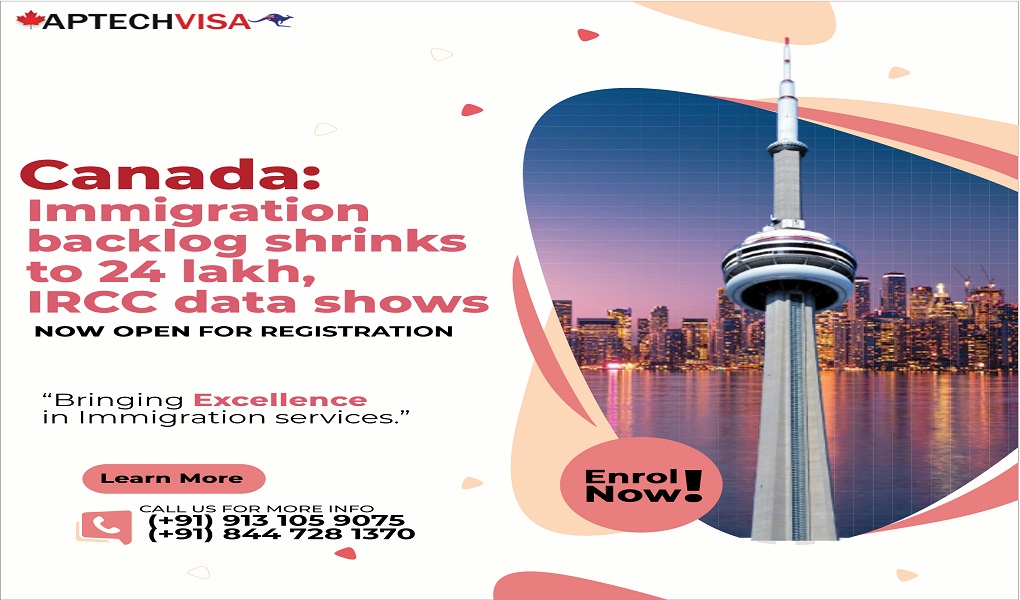 The IRCC's pandemic recovery effort is highlighted in the annual immigration report. The paper outlines the steps taken to lessen the impact of COVID-19 on Canadian immigration as well as the initiatives implemented to increase the labour force.

The Canadian government just published its 2022 Annual Report to Parliament on Immigration.

The study analyses the changes that have occurred in Canada's immigration industry over the course of the preceding years in all business segments.

The official immigration targets that will serve as a roadmap for Immigration, Refugees and Citizenship Canada (IRCC) over the following three years, Canada's Immigration Levels Plan, are also announced alongside it. IRCC is trying to recover from the effects of the COVID-19 pandemic, according to the data from 2021. IRCC sets even higher targets for new Canada PR per year by 2025.

Outstanding admissions in 2021 prompted the creation of these objectives. Due to COVID-19-related constraints, the IRCC changed its focus from awarding permanent residency to persons who were already living in Canada in 2021. Before the draws for the program were stopped in September 2021, a wide range of candidates was eligible under the Provincial Nomination Programs (PNPs) and the Canadian Experience Class.

Out of the 405,000 immigrants who met the requirements in that year, 252,971 were from lower socioeconomic levels and were given permanent residence status.

To maintain its economic growth Canada, targets its Economic Class reforms to fulfil the shortage of skilled labour across the country. Canada currently has an unemployment rate of 5.2 percent.

Sponsoring 81,423, family-sponsored immigrants helped to increase overall immigration levels in 2021. In more than 69,000 cases, they were aided in getting there by their husbands or partners.

A sizable chunk of the whole report is devoted to emphasizing Canada's dedication to admitting refugees and asylum seekers. If Canada honours its promise to receive refugees in 2021, 40,000 would be welcomed by the end of 2024. There have been 22,915 Afghan immigrants to Canada since the year's beginning. According to the most recent numbers, 22,915 Afghans have entered Canada this year.

This program aimed to convert onshore international students and people working in essential services like healthcare. Also, bilingual temporary residents and French speaker streams had no caps on the application. Via these streams, Canada immigrated nearly 24,000 new Canada PRs and an additional 18,000 by the end of March 2022.

Through the international graduate stream, IRCC invited 40,000 candidates to become Canada PR, giving them a pass way through the usual traditional method of Post – Graduation Work Permits. The time frame to apply under this stream was from May and November 2021 which is now closed.

There was a similar stream for health care and other essential workers of all skill levels. In order to apply for Canada permanent residency, temporary residents had to meet certain eligibility requirements. This also applied to skilled refugees.

IRCC accepts that there has been a backlog in every business line. As per the reports, there are 2.6 million applications in the systems pipeline out of which 1.1 million or half are being processed as per the service standard.

IRCC states the reason behind the drastic increase in the backlog is resultant to COVID – 19 pandemic’s unprecedented demand, the overseas travel restrictions, and staff members not being able to process the offline or paper-based applications because of the lockdowns that were imposed as per the prevention measures.

IRCC is trying to reorient its system by shifting the complete filling process online and becoming completely digital, they are also looking for ways to help people who can’t submit their applications online. The system will be completely electronic by the end of the year even for kids below 18 years and applicants above 18 can now submit their citizenship applications being submitted entirely online.

In order to reduce processing backlogs, the government has spent $85 million on hiring and training more than 1,200 new employees. Additionally, the 2022 budget gives IRCC $187.3 million over the following five years in addition to $37.2 million to expand the Client Support Center's capacity and invest in the technology and tools necessary to better support people utilizing its services.

✅ Express Entry rules will change starting in 2023 in Canada