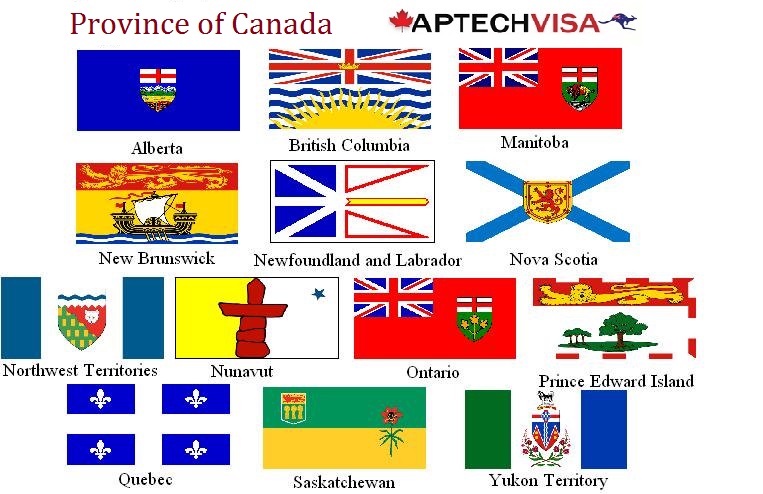 A Guide to Canada’s 10 Beautiful Provinces

Canada is the second largest country in the world. Its landmass is divided into provinces with different taste and cultures.
Let us explore the core of these provinces-

British Columbia is an industry based province with the population of about 4.4 million. BC mainly caters to the private sector and a large part of the economy is startup and investment driven.

British Columbia Provincial Nomination Program invites skilled foreign workers to come and work in the province. The conditions are to have a Job offer letter from a BC employer and having other eligibility criteria met (including minimum point score).

Alberta Provincial Nominee Program selects those skilled workers who are having these eligibility criteria met.

The province of Saskatchewan is known for its abundance of natural resources. Most jobs here are from manufacturing industry engaged in the production of food, chemicals, wood products, etc.

Saskatchewan Provincial Nominee Program is for those skilled workers who are having 60 points on Saskatchewan’s point assessment grid and at least 4.5 bands in IELTS (which is lowest acceptable among all the provinces)

Agriculture and Manufacturing are the key parts of driving the economy of Manitoba. Wheat growing is the vital part of this province with about 40% of wheat produced over here.

Manitoba Provincial Nominee Program invites those skilled workers who are either having a Job offer letter with 60 minimum immigration points, or those who are being sponsored by their relatives/ family members living in Manitoba on status of a Permanent Resident or Citizen of Canada.

Ontario is known as the finest vehicle manufacturer over the World. IT sector comes second with its growing presence in the province.
Ontario Provincial Nomination Program has its unique way to undertake admission of immigrants. They self-issue NOIs to candidates with CRS total of 400 and above.

Quebec is the only province in Canada with French as its dominant language. Popular industries in Quebec ranges from tourism, design and commerce.

Quebec’s immigration model is separate from rest of the country. The province runs on its own rules and policies. Read more about Quebec’s Immigration model.

This province is the one and only bilingual province in Canada. This province too is popular for its growing manufacturing units.
New Brunswick provincial nominee program requires you to have 67 points on its point assessment grid, which is similar to federal system Express Entry.

As this province is located on the coast of Atlantic Ocean, the main occupations are fishing, mining and drilling.
Nova Scotia Provincial Nomination Program is for those skilled workers who manage to get at least 67 points on Nova Scotia’s point assessment grid.

This is the smallest province-both in terms of size and population. Main occupation is agriculture and related sectors. The province is also breeding on few small businesses.

This province also is having low population level with fishing and mining as main occupations. Now with changing times, Service industry is also growing catering to industries like tourism, healthcare and financial services.

Confused about your pick? Get in touch with us!